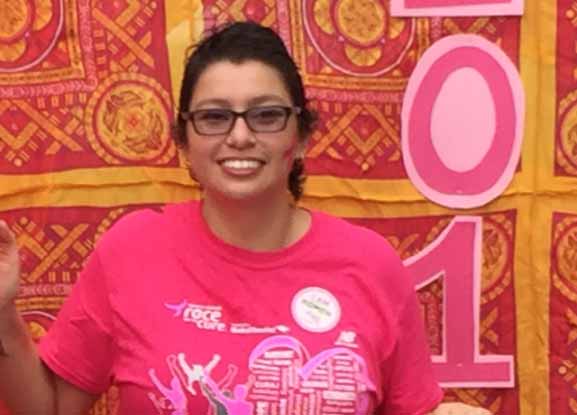 “It doesn’t matter how old you are. Just go and get checked.” – Ana Knoben

In August of last year, 34-year-old Ana Knoben noticed a lump in her breast while showering. A physician at a regional walk-in clinic ordered a mammogram and biopsy after examining it. Ana was at work when she received a call two days later informing her that the lump was cancerous.

“I went to my manager at work and said I needed to take a couple of days off to see the doctor. She said ‘OK, are you alright?’ I said ‘Yeah. I just have cancer.’ She broke down. Then I realized what was happening, and I broke down.” – Ana Knoben

After Ana’s unexpected diagnosis, the clinic doctor referred her to Dr. Rene Castillo, an oncologist at Texas Oncology–South Austin, and Ana made an appointment.

“We went in on my birthday, and when I saw Dr. Castillo, he was very reassuring that everything was going to be OK. They held my hand through the whole process, and in one week I got so much information I had no clue about before. They were so patient and so understanding.” — Ana Knoben

Ana began chemotherapy at the end of September 2015. She would receive six rounds of chemo a process that would be the most difficult thing she’d ever had to endure.

“Chemotherapy was bad. Usually you see vomiting, losing hair—I had way worse side effects. I had all that, plus shingles, a very bad cold and other difficulties.”—Ana Knoben

Ana continued to press on with support from her husband, who was in California at the time. Through calls, texts and FaceTime, Ana’s husband provided constant encouragement–which even from a distance made a huge, positive difference during her treatment.

Ana’s last round of chemo was on January 12, 2016. For Ana, finishing chemotherapy was absolutely amazing. She vividly remembers walking out of that appointment, immediately taking some pictures and sharing them with her family and friends in California and Mexico.

“I was already super exited the day before. It’s your last day, so you get to ring the bell, and you get a poster and nurses sign a little card for you. Ringing the bell was like winning the lottery.”— Ana Knoben

Because she has a family history of breast cancer and tested positive for an unknown variant of the BRCA-1 genetic mutation, Ana chose to move forward with bilateral mastectomies. She found two surgeons who work closely together through conversations with other patients in a Deep Inferior Epigastric Artery Perforator (DIEP) flap group on Facebook.

Her search led to Dr. Heather King, a fellowship trained breast surgical oncologist working with Texas Oncology, and Dr. Elisabeth Potter, a plastic and reconstructive surgeon with fellowship training in microsurgery who specializes in breast reconstruction. The DIEP flap is an innovative procedure that uses the patient’s own abdominal skin to reconstruct a natural breast while preserving her muscle.  In February, Ana became the first breast cancer patient in Austin to receive bilateral nipple-sparing mastectomies with immediate DIEP flap reconstruction.

“I used to be very cautious about doing new things, and now it’s like let’s just go for it. For me and my husband’s wedding anniversary, I told him ‘Hey, we’re going to go rock climbing.’ And he was like, ‘What? You’re scared of heights!’ You just want to go and live.” – Ana Knoben

To anyone battling breast cancer, Ana says perseverance is vital.

As for her treatment, Ana says her team at Texas Oncology made all of the difference.

“I’m so grateful to them. They are such an amazing team and it’s going to be a little sad not seeing them every three weeks. They listen to me and my needs, and they go above and beyond making me feel like I have a say in this. You create a bond with your healthcare team.”— Ana Knoben

Ana recommends all women regularly check for lumps regardless of age, and to seek help if they notice or even suspect anything. 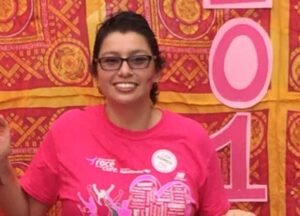