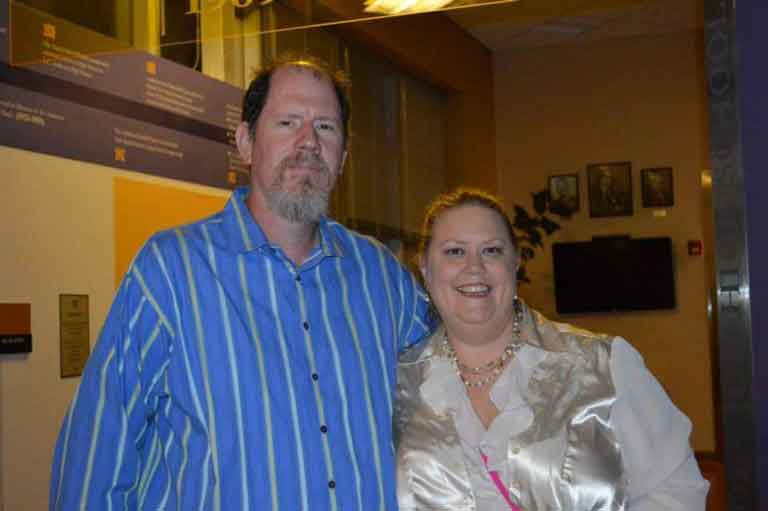 He watched his father pass away from lung cancer. His grandfather died from complications due to cancer, and numerous aunts and uncles received cancer diagnoses in their lifetimes as well.

It’s devastating to watch it happen to those you love – it can feel like the sky is falling when it happens to you.

At the time of his diagnosis, Barry was 40 years old. He and his wife Monica were parents to two young sons. He was active, energetic, and enjoying life as a father.

“My diagnoses had a profound effect on my oldest son. His world changed overnight. He went from having daddy be active, energetic, and playful to him going through chemo and being sick most days,” Barry said.

Barry was treated by Dr. Dina Tebcherany, medical oncologist at Texas Oncology–South Austin. He first underwent surgery for his colon cancer. Then, his thyroid was removed shortly after his second diagnosis, but he said he couldn’t start thyroid hormone replacement therapy because he was still going through chemotherapy for colon cancer.

Will Dad be okay?

“I essentially became a lump on the couch,” he said, noting that by this time, even his toddler had picked up on the change in Barry’s personality and knew something wasn’t quite right with his father.

The year that followed was nothing short of a struggle. Because he had two primary cancers, Barry’s treatment was extended from six months to one year.  During this time hospital visits became the new norm for Monica and their two sons.

“When you’re in the hospital, they put wristbands on you. To make it easier on our oldest son, we started a new ritual each time I was discharged. He would get to cut off my wristbands when we got home – and to him, that meant that I was okay,” Barry said.

In the years following treatment, Barry found support in a local walking group for cancer patients and survivors. “Our goal was to move and get exercise, so that helped me a lot. I was able to connect with people who had gone through similar experiences. My wife and I also got involved with our sons and Boy Scouts,” he said. “It was a whole lot of fun, and even when I was going through health issues I was able to interact with the Scouts and take my mind off the challenges I was facing at that point in time.”

Today, Barry has been cancer-free for more than 10 years. The road to remission, he said, would not have been possible without the unwavering support of his family and an oncology care team that felt like family.

“Dr. Tebcherany and her staff are fantastic. I experienced a period of extreme anxiety after my treatment, and even when I was going through my worst periods of worry about my health I could call her to ask questions. The entire team was patient, understanding, and knowledgeable,” said Barry, emphasizing the importance of finding an oncologist and cancer care team he trusts. “Over the years, I’ve seen many ‘ologists’ – but Dr. Tebcherany is my only oncologist.”

“Barry is a trooper,” said Dr. Tebcherany. “He stuck with the recommendations and stayed on track with treatments, which is the cornerstone to cancer therapy and avoiding the disease’s resistance. Throughout it all, he kept up with his family life and career while still finding time to give of himself to the community.”

Surviving and creating a new future

Barry said even after more than a decade of being cancer-free, he’s still in the process of healing. During his cancer screenings, Dr. Tebcherany, who also specializes in hematology, identified a genetic blood disorder.

“The issues I had were unavoidable due to my family history, but my advice to anyone facing cancer is to find a physician who you can work with. The relationship between patients and their physicians is so important, and the same is true of the staff,” said Barry. “If you have cancer, you work with the administrative staff almost as much as you see the medical staff.”

As for what comes next: Barry said he and Monica are looking forward to the future.

“I’m close to my minimum retirement age now and I’ve had a desk job my entire career,” he said. “I’m ready to start the next phase. I like making things with my hands, so I want to spend less time at an office desk and more time creating. I love the art and science of making something new – that’s something cancer can’t take away from me.”

Cancer affects men in all walks of life and doesn’t discriminate by age. According to the American Cancer Society, one in three men will develop some type of cancer in his lifetime. Maintaining healthy lifestyle habits and regular screenings can help prevent cancer. For more information on Texas Oncology and cancer prevention, visit www.TexasOncology.com. 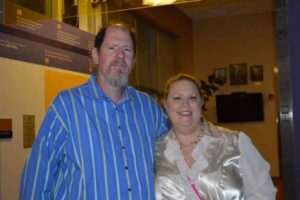