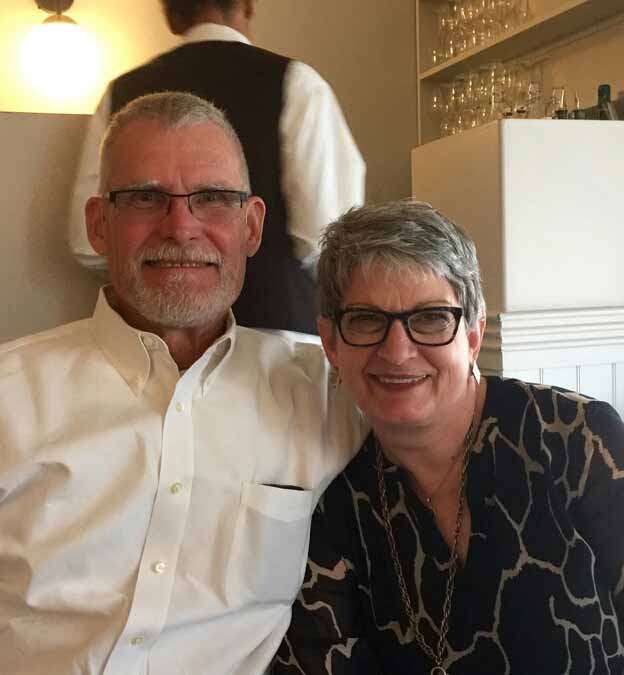 A cancer diagnosis and treatment regimen can mean a plenty of give and take between patients, family and friends, and a medical team. Strengthened by her faith, Jana King chose to focus on the giving.

In 2014, one year away from retirement, Jana went to the doctor for a mammogram. It had a been few years since her last mammogram, but she was checking off the boxes to make sure she was maintaining good health in time for her retirement. In the past, Jana didn’t have much concern about small lumps she’d found in her breasts.

“I’ve had a lot of fibroid cysts, so it wasn’t abnormal for me to feel a small lump in my breasts,” said Jana.

However, when Jana’s mammogram came back cloudy, her doctor recommended a sonogram. After a biopsy, Jana received a phone call from her doctor while on the way to work confirming the diagnosis: breast cancer.

Jana’s surgery to remove the lump was scheduled quickly, and she would also require radiation therapy. For treatment, Jana was introduced to Texas Oncology, where she says she’s received outstanding care.

“I adore everybody there. They are kind and thoughtful,” Jana says about the team at Texas Oncology. “They empathize so well because they understand how scary cancer is and how their patients feel. I cannot speak highly enough of them.”

Jana had an early stage form of estrogen receptor-positive (ER-positive) invasive breast cancer in a post-menopausal state. This meant that the cancer cells grew in response to the estrogen hormone. Under the care of Dr. Dina Tebcherany of Texas Oncology—South Austin, Jana received radiation therapy five days a week for six weeks after her surgery, and finished treatment in February 2015. She then engaged in endocrine therapy, which she is currently continuing. This type of therapy stops estrogen from helping cancer cells grow.

“Jana remains in remission now, four years out from her diagnosis,” says Dr. Tebcherany. “She continues to be active, despite side effects from therapy.”

Throughout this experience, Jana says Dr. Tebcherany has been a patient, welcoming and thorough oncologist.

“I have recommended Dr. Tebcherany to several of my friends who have had breast cancer,” said Jana. “She is so good at taking the time to listen, explain and just be a friend. She’s wonderful.”

For Jana, the wife of a church minister, faith played a major role in her recovery, along with the support of her husband.

“When I was diagnosed, my husband pointed out to me what I already knew, but needed to hear,” said Jana. “He said ‘You know, this isn’t a surprise to God. He’s already got it taken care of, no matter what happens.’”

With faith as her foundation, Jana says she was able to face her emotions, and that it strengthened her to help other women facing cancer.

“My faith has been huge in my recovery,” said Jana. “Not only did it help me through my journey, but it also gave me the strength to then take my experience and help other women who are also fighting cancer.”

Nowadays, Jana remains active with both her large family, which includes several children and grandchildren, and in the community through volunteer work.

She works with Mobile Loaves and Fishes, a local organization supporting the homeless community in Central Texas. Through this organization, Jana runs the library at the Community First! Village, which offers permanent housing and a supportive environment for the disabled and chronically homeless. Jana also volunteers at a local food pantry, helping to feed the hungry in the community.

“I love it,” said Jana about her volunteer work. “I love seeing the same smiling faces every week and enjoying their company.”

Overall, Jana says her journey has given her a whole new perspective on the people fighting cancer.

“This experience has changed my outlook and heart for others going through cancer, especially women who have no symptoms and are suddenly hit with a diagnosis,” said Jana. “I was diagnosed with stage I, and it could have been so much worse since I hadn’t been getting mammograms regularly.”

Jana said she’s used this new perspective to encourage other women to take preventive steps. Now as a retired high school administrator, Jana tells many of the teachers she worked with, and other women as well, to get mammograms regularly.

“For many women, getting a mammogram is not in their regular routine,” said Jana. “Often, you think ‘Oh, I’ll get it this year if I get around to it.’ But I have told my daughters, all of my friends and former colleagues what I’ve discovered. Mammograms are useful. They’re important, and they can save lives.” 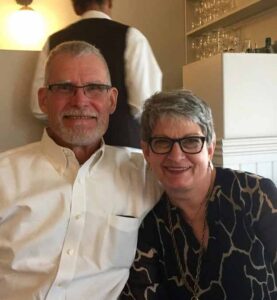