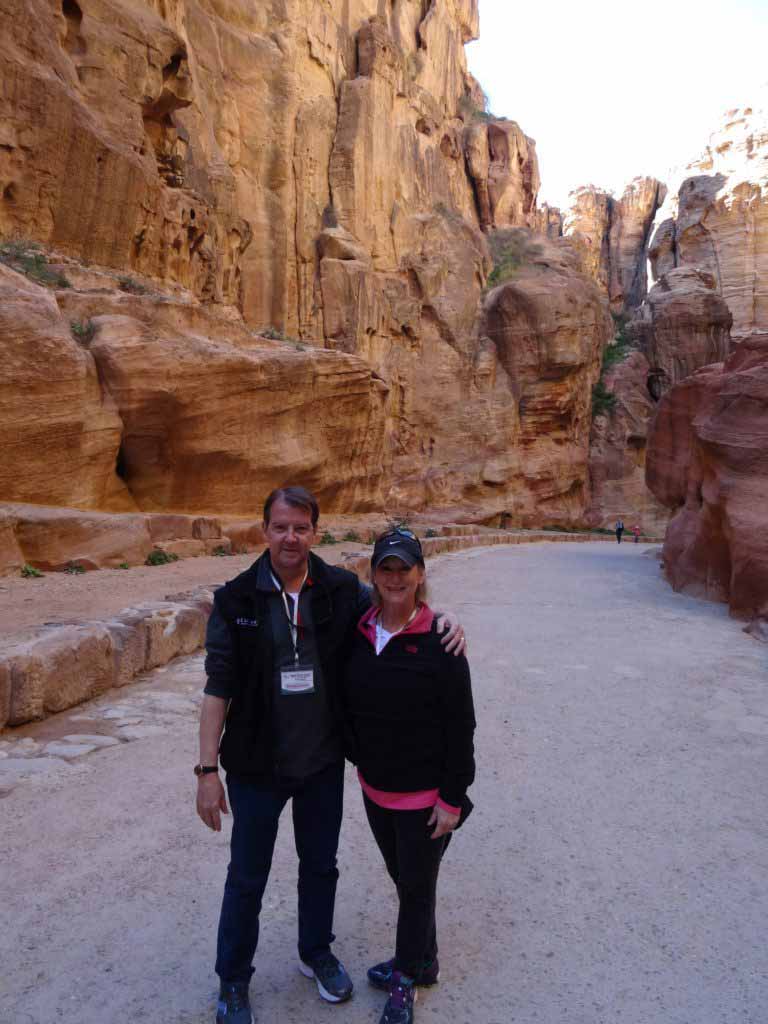 For many people, tennis is just a game played for recreation and exercise. But for Linda Cummins and Bekah Thomas, a day on the tennis court would provide much more — a bond that would strengthen them both during the fight that lay ahead.

In May 2017, 60-year-old Linda Cummins had a routine mammogram and learned that her doctors would need more pictures. Not alarmed, Linda agreed to additional imaging that confirmed she had breast cancer. A good friend recommended Dr. Debra Patt of Texas Oncology, who recommended an MRI with and without contrast due to the dense nature of Linda’s breast tissue. Dr. Patt compared the search for Linda’s cancer to looking for black marbles in a glass of milk. With contrast, a second malignancy was discovered and Linda was diagnosed with bilateral invasive breast cancer.

“No one wants to hear that they have cancer,” said Linda. “Mine would not have been detected without routine screening and an excellent physician who ordered additional tests. Because my father was a radiologist, I knew that bilateral radiation can damage the chest wall and didn’t hesitate before making the decision to have a double mastectomy.”

Meanwhile, in that same month, 39-year-old Bekah Thomas was also diagnosed with breast cancer. As a busy mom, Bekah almost put off her annual checkup, but fortunately she kept her appointment, which resulted in catching her breast cancer early on. One of Bekah’s friends – also a doctor – referred Bekah to Dr. Beth Hellerstedt of Texas Oncology.

“Once my husband and I met Dr. Hellerstedt, we knew right away,” said Bekah. “Even though we’re in Central Austin and she’s in Round Rock, she’s worth the extra drive because she’s amazing. We felt that’s where we needed to be right when we met her.”

“From an oncological standpoint, I wanted to go to the best,” said Bekah. “I also wanted to go to a surgeon who would do an outstanding job aesthetically. [Dr. Hellerstedt] said, ‘If you want the best in town, you want Heather King.’”

On the eve of Bekah’s surgery, Linda and Bekah were playing tennis as part of the same regular group. While Linda had stepped away, one of her friends informed the rest of the group about Linda’s diagnosis. Bekah was stunned.

“A good friend of mine shared with the tennis group that I had been diagnosed with breast cancer, and Bekah goes, ‘Oh my gosh!’” said Linda.

“It never seemed like a coincidence to me,” said Bekah. “So many of my friends have had breast cancer, and now I’m the one who is in a position to help others detect it early and get help. I realized immediately that two women on the same tennis court fighting the same serious cancer was part of a larger picture.”

According the American Cancer Society, one in eight women will be diagnosed with breast cancer over the course of her lifetime. When Bekah heard about Linda’s cancer, she immediately thought to refer Linda to Dr. Heather King. As it turns out, Dr. King was already Linda’s surgeon as well.

“I was shocked to hear that Bekah had breast cancer and even more surprised to find out that we had the same breast surgeon,” said Linda. “By this time, I knew I was having a double mastectomy and had lined up a reconstructive surgeon with Dr. King’s help. I referred Bekah to him, and she called a few days later with a glowing report.”

Both Linda and Bekah underwent successful surgeries with Dr. King and reconstruction with Dr. Adam Weinfeld. Their battles against cancer have been long and difficult, but both women fought as true survivors, even when facing great physical and emotional pain. Linda says the staff at Texas Oncology has been caring and comforting throughout the entire process.

“It felt like a family,” said Linda, on the team at Texas Oncology. “You know you’re not alone.”

And as difficult as the battle has been, Linda and Bekah have each found a unique silver lining in their fight. For Bekah, there’s a new appreciation for her femininity, and for being able to endure surgery and treatment without having to sacrifice it. It’s a fear many women with breast cancer face, and fortunately, with advanced techniques such as Hidden Scar, the positive aesthetic results of the surgery add a sense of comfort to a very difficult ordeal.

“I could not be happier with the results,” said Bekah. They’ve done a great job.”

Bekah added that the experience has also strengthened her faith.

“I had to try really hard to operate on a level above all of the anxiety. The only way I was able to do this was through my faith,” said Bekah.

For Linda, cancer left her with a new appreciation for her health and a special ability to see the good in every situation we face, even a challenge like breast cancer.

“In the middle of life’s storms, there’s always something good,” said Linda. “You may have to look really hard for it; but you look for it, you find it and you hang on to it. And it gets a little bit better.”

In addition, both Linda and Bekah received great deal of support from family, friends and each other, which also played a huge role in their success.

“We’ve talked about how it’s impacted our marriages and how our husbands have been super,” said Linda. “Mine has been unbelievable.”

“My family and my friends were so supportive,” said Bekah. “With their prayers, and just being with me.”

The unique friendship that Bekah and Linda formed through their common experience isn’t the only lesson in their story. Both women are living proof that getting routine recommended screenings is important.

“What I want other women to know is, the best news I’ve had in all this is that we caught it early,” said Bekah. “And I’m so grateful because it could have been a completely different story.” 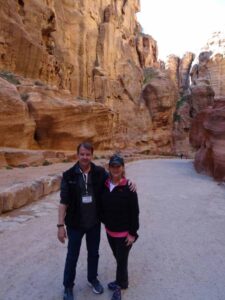