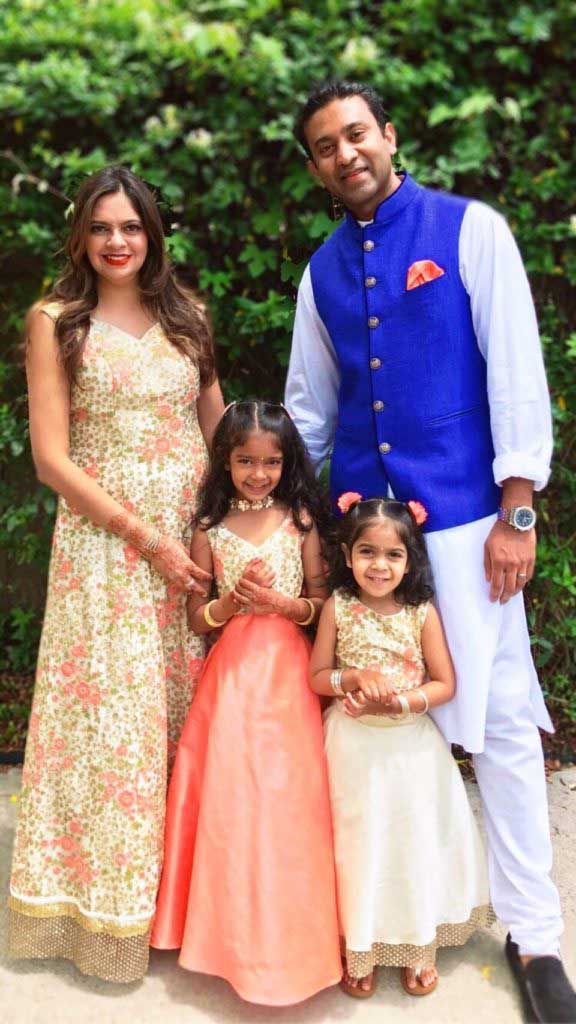 Shruti Babu’s breast cancer diagnosis came as quite a shock. A healthy, busy 38-year-old mom keeping up with two kids, with no known family history of cancer, she originally regarded a lump she discovered as dried breast milk.

She nervously consulted her obstetrician-gynecologist, who recommended a mammogram and a visit to Texas Oncology.

With her diagnosis in October 2017, Shruti found herself fighting an unexpected, unfamiliar, and untimely disease. Her journey ultimately included a medical breakthrough and a cultural one.

“Being a young breast cancer patient was definitely scary and new,” said Shruti. “Cancer doesn’t run in my family, so I had no knowledge of oncology. Everything happened very fast.”

Shruti’s left breast cancer diagnosis came with a high oncotype score, which is a test that helps oncologists determine whether chemotherapy is needed, and the likelihood of the cancer returning. She was cared for by medical oncologist Dr. Punit Chadha and Dr. Julie Sprunt of Texas Breast Specialists, a part of Texas Oncology. Shruti said her doctors and the Texas Oncology team have made her feel comfortable and welcome since day one.

“They kind of make you forget why you’re there,” Shruti said of the team at Texas Oncology. “That’s what I like most about them. From the front desk and nursing staff to the doctors, everyone is really invested in your life. They know you and want you to beat this disease. They know your husband’s and kids’ names. It doesn’t feel like you’re walking into a medical office.”

Shruti said Dr. Sprunt’s calming presence helps her get through exams and treatments, and describes her as “more of a friend than a doctor.”

Under Dr. Chadha and Dr. Sprunt’s supervision, Shruti has endured aggressive and effective breast cancer treatments including 16 rounds of chemotherapy, a double mastectomy and reconstructive surgery. She elected to have a bilateral mastectomy after it was confirmed that she had a genetic mutation that increased her risk for breast cancer.

“Shruti’s outlook is good and she has done very well,” said Dr. Sprunt. “Her case is a good example of the hidden scar and nipple-sparing surgeries performed by Texas Breast Specialists surgeons as well as the genetic risk evaluation and testing program we offer.”

As a mom with two young daughters, Shruti is motivated by her kids and has told them just about everything that’s happened — even taking them to some of her doctor’s appointments so they could see and hear for themselves.

“I wanted to be strong for them. If I showed a little bit of sadness, or if they saw something was wrong, it would show on their faces. And I think they actually are a big part of why I’ve been able to be so positive.” said Shruti.

“I don’t want them to be scared of the word cancer. I want them to grow up to be strong women who say, ‘You know what? Life goes on.’”

“In my culture, someone who has cancer usually doesn’t tell anybody,” said Shruti. “It’s frowned upon.” However, Shruti found encouragement in sharing her story on her “mommy Instagram” account where she details life with two kids.

“At first I was very scared to put myself out there. A lot of the comments I got were, ‘Are you sure you want to do this?’” said Shruti. “Eventually, I began receiving messages from people who said, ‘Hey, I’m Indian, I’m in my thirties, I have cancer, too.’ These were so many of my close friends, and friends of friends, and I had no idea that they had been keeping this secret.”

By sharing her experience, Shruti became a source of encouragement to others.

“So many people started opening up about their personal experience or someone they knew who had cancer,” said Shruti. “Today, my followers are a bunch of Indian women my age, with children, who had cancer. Even if they didn’t want to come out, they were just so happy to read that they’re not doing this alone.”

Through this journey, Shruti has drawn strength from her heritage and deepened her purpose as a wife and mother.

“When my husband comes home, I appreciate him more. He was supportive every step of the way, from researching my diagnosis to scheduling my appointments. He helped me stay positive,” said Shruti.

To Shruti, “it’s kind of a carpe diem type of thing.” You can continue following Shruti’s story on Instagram at @PajamaMama512.

Women of all ages are encouraged to check their breasts monthly in addition to annual examinations with their physicians. Women with a family history of breast cancer should also discuss genetic testing with their physicians. If genetic tests indicate a woman is BRCA-positive, there are a number of risk reduction strategies to discuss with her physician. For more information on Texas Oncology, please visit www.texasoncology.com. 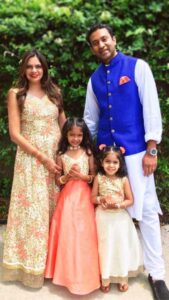