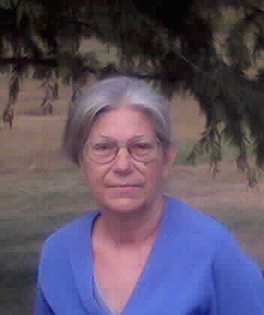 Fear is not a friend when it comes to health. Just ask Suzanne Williams of Dale, TX.

Williams first noticed a soft mass in her right breast in April 2010. “Like everyone, you think ‘There’s nothing wrong; maybe it’s just a hormonal thing or an infection.’ So I didn’t do anything about it.”

A few months later, things had only gotten worse. The skin on her breast took on an orange-peel texture and was really red. Her nipple was inverted. She knew it wasn’t going to get better on its own, so she headed to her primary care doctor.

“He took one look at me and made me an appointment with a surgeon for the next day.”

After a mammogram and an ultrasound, Williams had a biopsy. That was in late June 2010. “I knew in my heart I had cancer.” She was referred to a radiation oncologist who told her she had inflammatory breast cancer, a very aggressive form of the disease that moves quickly. Williams would need to go through chemotherapy to shrink the mass before they could do surgery.

A PET scan showed that her cancer had spread to her liver and lower back. Her diagnosis now was Stage 4 metastatic breast cancer, and she was told that she had 18-24 months to live. “It was like someone had slapped me right across the face. I was very scared.” That was when she went to Texas Oncology and met with Dr. James Uyeki.

“After I talked with Dr. Uyeki, I learned about some really good opportunities for me, if I was willing to try clinical trials, that would maybe help shrink the tumors. Dr. Uyeki sent us home with 2 options to consider; we chose a specific trial,” Williams said. A research nurse at Texas Oncology helped her complete the paperwork needed to see if she would qualify for a trial.

“After about 2 weeks, I was told I qualified for a clinical trial and began those medications right away. I took two medications once a week and another pill every day,” Williams said. It was a blind trial, so she didn’t know whether she had the experimental drug or a placebo. In June 2011, she stopped the trial because her mass was showing progression.

Before leaving the trial, Williams had heard from Dr. Uyeki during an appointment about a new trial for women with metastatic breast cancer, the type Williams has. She wanted to do it, but you can only be in one trial at a time. When she had to leave her first trial, she jumped at the chance to join the new one. She qualified again. The second trial was not blind, so she knew she was receiving the test medication. While on this treatment plan, the spots on her liver and her bones went away.

Interestingly, this drug is now FDA approved. Patients all over the world are benefiting from this drug, in part because Suzanne was willing to participate in this trial. It helped her and is helping many women today with breast cancer.

Taking so many medications and the stress of the disease on her body was hard, and Williams credits Breast Cancer Resource Centers of Texas website with keeping her in control and informed of her cancer. “All the navigators who work there are survivors, so they have been in the same situations that you are and they have first-hand knowledge of how you are feeling,” she said.

The group has staff to answer questions, provide support at appointments, help point patients to financial assistance and, of course, they offer support groups and one-on-one phone support if a patient just needs to talk. Williams says their website has been invaluable along her journey.

And her journey continues, as it will for life. After being cleared for surgery, she had a right modified radical mastectomy.  And she continues to have infusions every 3 weeks and take medications daily.  “I’ve been on this treatment plan for three of the five years of the disease, and it’s working for me,” she said. “Right now, there’s nothing active. Sometimes, I can’t even talk about it because I know what could have been.”

She’s especially grateful for her team at the Texas Oncology clinic in Hays County. From the front desk staff to the nurses and doctors, everyone has made a difficult and sometimes unpleasant experience easier to bear with their kindness, professionalism and compassion, Williams said. “Of course my husband, my family, friends, and my faith kept me going. But I saw the people at Texas Oncology more than I saw my family for a while. The people are just great. I credit them with helping me live a somewhat normal life.”

Williams urges women to not let fear keep them from getting medical care if they notice something suspicious. And she also urges them to never give up. “There is always hope,” she said. “You are never alone. I was always told if this drug doesn’t work, we have other options. I have always tried to be optimistic and maintain a sense of humor. I truly believe laughter is the best medicine.

“I have a quote that I found that says ‘You never know how strong you are until strong is the only choice you have.’ And I have held on to that.” 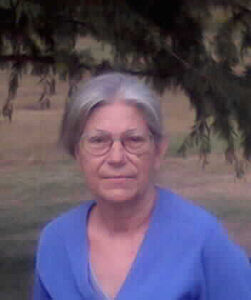