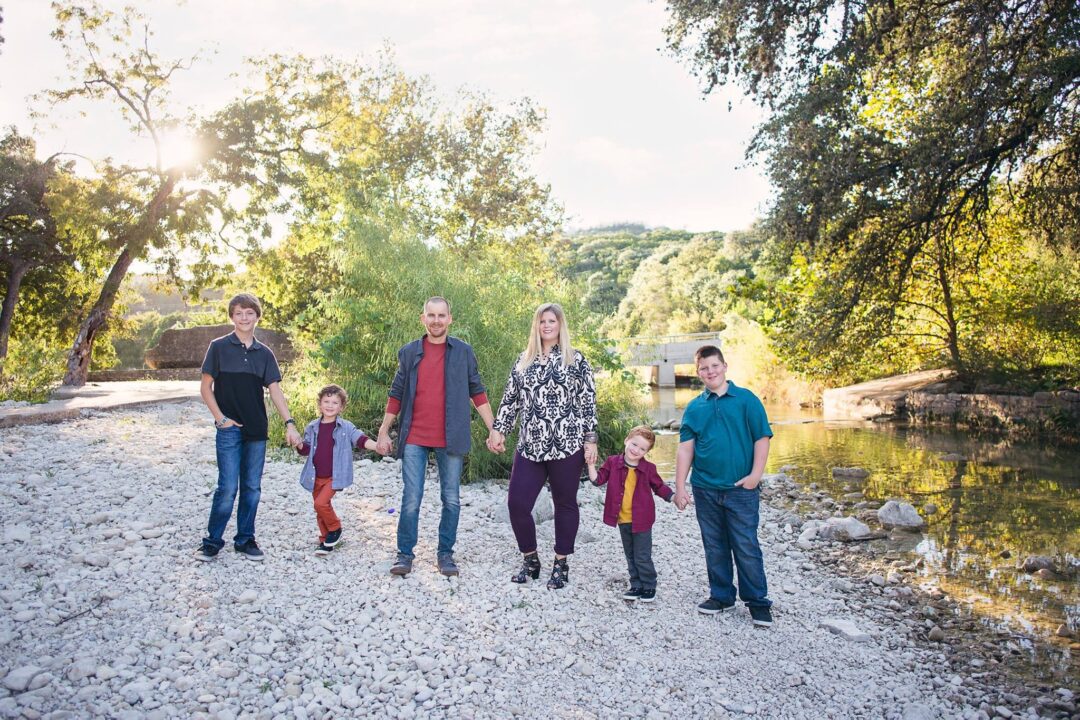 In the fall of 2013, Travis Campbell, a father of four, was coaching his son’s soccer team in their end-of-year tournament when he was asked to help load a heavy box into a pickup truck. Travis agreed to help, but as he was lifting the box he felt a slight twinge in his back followed by more severe pain the next day.

It wasn’t obvious at the time, but Travis was experiencing symptoms of multiple myeloma — a rare form of blood cancer that occurs in plasma cells and attacks the immune system while also eroding bones.

“When I received the diagnosis, I was in shock,” said Campbell. “My thoughts immediately turned to my family and their well-being. At the time, my older boys were almost 8 and 10, and the twins were nearly 2. I was ready to enroll my wife into college classes and start working on her career. It was very frightening, and we spent the next few weeks praying and trying to get some direction as to what we would need to do.”

Initially, Travis explored alternative treatments under the supportive, watchful care of his physician, Dr. Mikao Cline of Texas Oncology, with monthly check-ups and monitoring of the disease’s progression. Travis said that Dr. Cline’s patience during this time is one of the things he appreciates most.

“Dr. Cline has been patient,” said Campbell.  “I never felt like she was pressuring me. She understood I am on a journey, and she’s been supportive.”

Like Dr. Cline, Travis said the entire team at Texas Oncology has shown great compassion and understanding, which has helped make his difficult fight more bearable.

“I think that’s what it’s been with all the people at Texas Oncology,” said Campbell. “They understand that every person is different, and that a battle with cancer is just that—a battle. They’ve been supportive, and they’ve partnered with me as I’ve gone on the journey.”

For Travis, that journey is one of faith, which sustains him each day.

“For me, faith is everything,” said Campbell. “The battle you fight when you have cancer — if you’re a person of faith — is a journey you go on in faith. Believing that God is directing your steps. And a lot of what I’ve done over the last three years is really focus my efforts on trying to find the way He has for me.”

Travis, who works in Austin as a software developer at VisionWeb and pastors the upliftchurch.org in Llano, said that the journey, while challenging at times, has been a blessing.