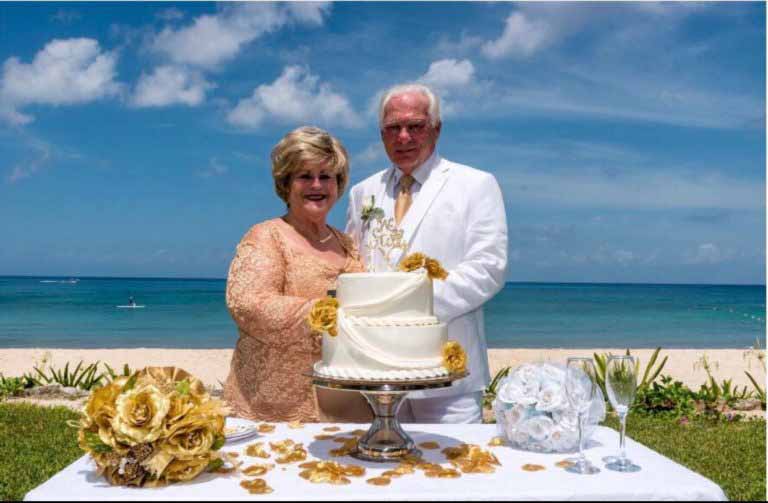 “Cancer changes you. You realize, once you get through it, that you’re very strong – stronger than you ever thought you were. And I know that about myself.” – Karen Phillips

When one of life’s biggest challenges coincides with one of its most important milestones, a special kind of motivation emerges. That was the situation for Karen Phillips, who was diagnosed in May of 2016 with Stage IIB, HER2-positive breast cancer after getting an MRI, following up from a routine mammogram.

Karen chose Texas Oncology for her care based on a friend’s positive experience with breast cancer treatment at the practice. During the 14-month battle that lay ahead, Karen would not only survive, she would enjoy her 70th birthday, celebrate her 50th wedding anniversary, inspire others with her courage and experience the power of compassion.

At Texas Oncology, Karen was under the care of medical oncologist Dr. Laurence Tokaz and radiation oncologist Dr. Catherine Wu, both of whom made a profound impact on Karen with their knowledge, patience and warmth.

“Dr. Tokaz is very intuitive,” said Karen. “He understood me. He respected me, and I appreciate that about him. He’s a very warm, caring doctor.”

In addition, Karen added that Dr. Wu’s knowledge and patience played a significant role during treatment.

“Dr. Wu takes a lot of time with you,” said Karen. “She’s so knowledgeable. She answered my questions, and I never felt rushed.”

After reviewing all options presented by her physicians, Karen underwent a one-two-three punch of treatment. Two lumpectomies were followed by chemotherapy, radiation and a five- to 10-year course of hormone blockers. After her first, strong round of chemo, Karen was treated with an aggressive combination of drugs that took a toll. On some days she would stay in the infusion room for up to eight hours in addition to chemo due to loss of magnesium and potassium brought on by her treatment.

Although it was the hardest thing she’s ever faced, Karen was determined to prevail. She dressed up for every treatment – accessorizing with rhinestone ball caps, fancy blankets and outfits she considered part of her “armor” in the fight against this disease.

“I planned a cruise with my family,” said Karen. “My children and my grandchildren went on the cruise, and my husband and I renewed our vows for our 50th anniversary on the beach in Cozumel.”

Karen’s two children stood with her on the beach, and her six grandchildren made up her wedding party for the beautiful and commemorative ceremony.

“We did it up,” said Karen. “I had my grandkids in blue chiffon dresses and blue shirts. I was in a gold dress. We all carried bouquets I had made. We had a beautiful flowered arch on the beach. When I was really sick during chemo, I would lie in bed and plan this.”

Karen also hosted an “End of Chemo” party at home for friends and family, with 50 guests in attendance. During her fight against breast cancer, Karen said that the compassion of family and friends was one of the most important things that kept her going.

“I was really lucky,” said Karen. “I had a lot of friends and my husband by my side every treatment. Sometimes I would get a card, a Bible reading, a gift, or someone brought me food,” said Karen. “All the little things that people did for me, it got me through to the next day.”

Karen said she hopes her experience encourages others to reach out to patients who are fighting what she’s survived.

“So many people don’t have that support system,” said Karen. “If people could just realize, that phone call or that card makes such a difference. It might just be that one thing that gets them through to the next day.”

Breast cancer cannot be completely prevented, but women can take steps to decrease risk and improve detection of the disease by checking their breasts through self-exams monthly and reporting any changes to a physician immediately. Karen’s commitment to recommended screenings – annual mammograms – eventually led her to follow-up testing that resulted in her diagnosis, and the difficult but life-saving treatment.

Women age 50 and older should have a mammogram and a clinical breast exam at least every two years after discussion with her physician, and if recommended by a physician, an annual MRI screening. For more information on breast cancer, please visit www.texasoncology.com 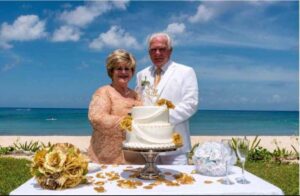