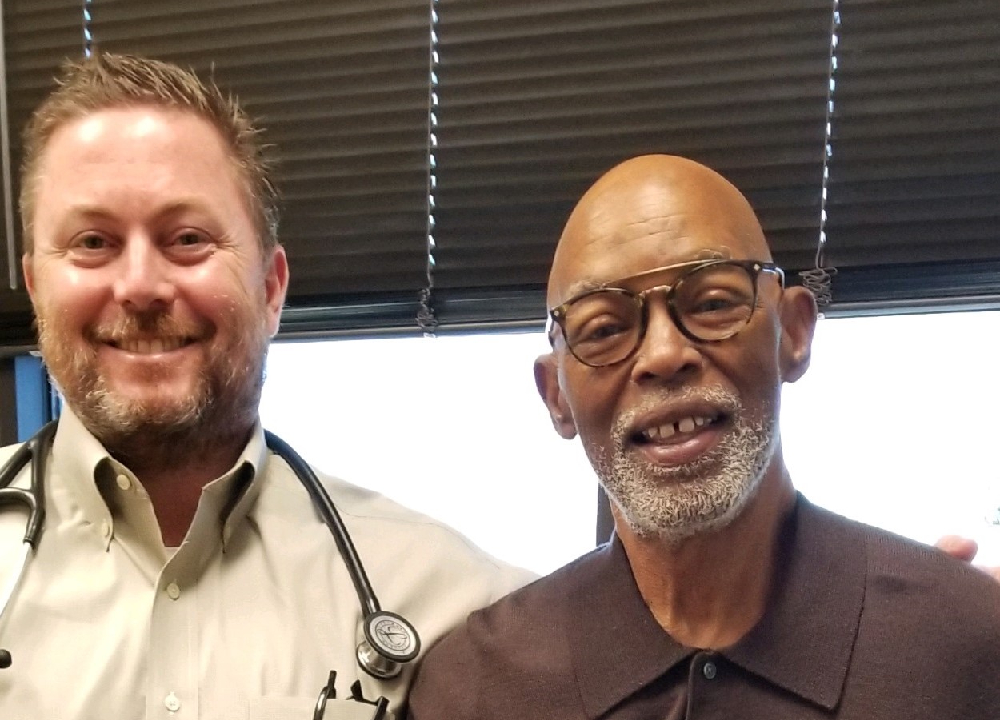 One of Robert Walker’s favorite quotes is, “When you are faced with problems, you face it head on, and you give your best fight.” No truer words can be spoken by someone who was diagnosed with stage IV pancreatic cancer and continues to fight this deadly disease.

Born and raised in Austin, Robert, 68, has lived in the capital city most of his life, except for the 15 years he served in the National Guard. After his service, he worked for IBM and spent 26 years with The University of Texas at Austin as a warehouse manager. As a proud father of three children – two daughters and one son, who passed away – and five grandchildren, family and faith play an important role in his life.

‘I grew up with cancer in my family’

Cancer was, sadly, all too familiar to Robert. “I grew up with cancer in my family. My mother was a heavy smoker and died of lung cancer. My father had prostate cancer, and my aunts had breast cancer,” he recalls.

In 2008, Robert encountered a health setback of his own, suffering a stroke, but as Robert puts it, he “came out alright.” Then in 2020, he began experiencing “little things,” as Robert describes them, that started to cause him concern, so he went to see his doctor.

“I was always really active, but I started having this lower back pain,” said Robert. “Just out of the blue, it hit me. It got to the point where it was hard to even stand.”

His doctor thought his pain might be attributed to common issues experienced by people in their 60s, such as general aging, arthritis, or maybe a bone spur. He ordered an MRI which revealed a suspicious spot on Robert’s pancreas, and the course of Robert’s life took a major turn.

Robert was diagnosed with stage IV pancreatic cancer. “I freaked out,” he said of receiving his diagnosis. “Hearing the words ‘stage IV’ made it even more alarming to me. I had a talk with God, and he said, ‘I got your back, and you don’t have to worry.’”

“The prognosis of stage IV pancreatic cancer is usually poor with less than five percent of patients expected to survive more than five years,” said Dr. Unnikrishnan. Robert immediately began chemotherapy. An exploratory surgery performed by Dr. McKenzie revealed his cancer was metastatic and had spread to his liver. He ended up needing more chemotherapy, and due to the known and obvious progression, he also underwent radiation therapy. Following this course of treatment, Robert’s care team saw the tumor on his pancreas shrink and no further evidence that the cancer had spread.

In May 2022, Robert underwent a Whipple procedure, a difficult and demanding surgery to remove the head of the pancreas. “Mr. Walker responded so well to every component of care that he has far outlived the traditional survival for patients with stage IV pancreatic cancer,” said Dr. McKenzie.

Pancreatic cancer ranks as the third deadliest cancer in the U.S. after lung and colon cancer. Dr. McKenzie emphasizes that there is hope and the treatment of pancreatic cancer is evolving into a more holistic and individualized approach, specific to each patient.

“The care provided by Texas Oncology in Austin is on par with the same advanced capabilities as any nationally renowned cancer facility when it comes to the actual treatment of cancer patients,” said Dr. McKenzie.

‘I tried to make it more uplifting’

Through good days and not-so-good days, Robert has maintained his positive attitude. “Life is not fair, but there is always a Lord, and he will take care of you if you trust him to,” he said.

He experienced several side effects from treatment, such as issues with his sense of taste and weight loss, and he was also uncomfortable during his chemotherapy sessions in the beginning. “Sitting there for two to three hours hearing that machine go off and all the needles,” he recalls. “However, in reality, you begin to realize you are not the only one that has an illness.”

Robert says he met a lot of good people during those times. He tried to provide comfort to others who were stressed and worried. “I’m a talker! Some people don’t have anyone to talk to and their nerves are bad. I just tried to make it more uplifting.”

“Mr. Walker has one of the most difficult cancers to treat, and it is very challenging to go through this treatment,” said Dr. Thatikonda. “Despite this, he is always happy and smiling with the best, most positive attitude.”

‘Blessed to still be here’

These days, Robert is feeling great and happy to be sitting out on his front porch, talking with neighbors, and visiting with family. While he is still trying to regain his strength and the weight he lost, he says he is simply “blessed to still be here” and asks everyone to keep him in their prayers.

Another blessing for Robert? His most recent scan from September continues to show no evidence of disease.

In 2022, Texas is estimated to have 4,226 new cases of pancreatic cancer and 3,349 expected deaths. For more information, visit TexasOncology.com. 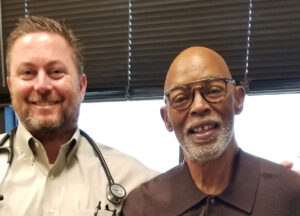