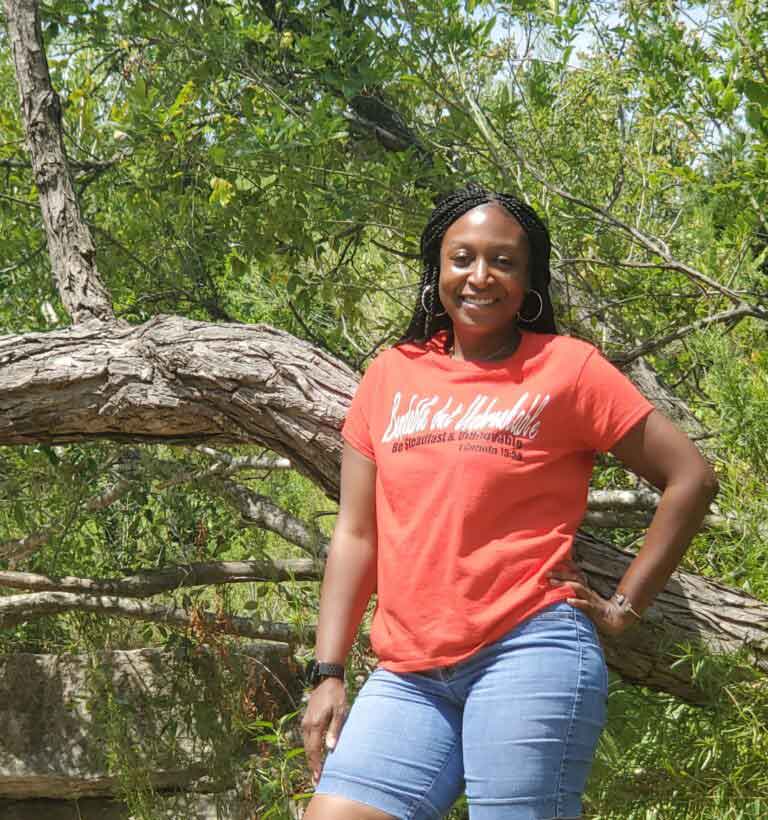 Imagine you’re a 36-year-old single mother to a toddler, working full-time as a healthcare administrator by day, college student by night. You’re healthy and lead a busy lifestyle. There’s a new mammogram machine at the clinic where you work. You’re not due for your first mammogram for another four years at the age of 40 but it’s free for employees, so you go for it. Results from the mammogram were inconclusive, so you are referred for a breast ultrasound and biopsy.

Now imagine receiving a phone call after-hours from a physician at your office. It’s not about work – it’s about your test results revealing you have breast cancer, and it has spread to lymph nodes under your arm.

In a month’s time, you’ve had a double mastectomy. Genetic testing reveals you have the BRCA-2 mutation meaning you are at higher risk for developing several types of cancer, including recurrent breast cancer.

This is how Tamara Scott’s whirlwind cancer journey began.

The Genetics of Cancer

“When I found out I had cancer in 2017, I was in denial. I just couldn’t believe it. It became important for me to understand why. The genetic testing explained what the BRCA-2 gene meant for my health, my future, and how I found myself suddenly preparing to fight cancer,” said Tamara.

The American Cancer Society reports that women with BRCA mutations are more likely to be diagnosed with cancer at a younger age, as well as to have cancer in both breasts. Unfortunately, Tamara’s diagnosis checked all the boxes.

Soon after, Tamara was referred to Texas Oncology–Austin Central. She said she knew right away she was in the right hands with Kathryn Hudson, M.D., who specializes in hematology and oncology, and Carl Nuesch, M.D., FACRO, FACR, a radiation oncologist.

“Tamara’s life had no room for breast cancer. She was young and had no symptoms when she was diagnosed with an aggressive form. She and her family were blindsided,” said Dr. Hudson.

With her family by her side and her care team there to help guide her, Tamara started a challenging treatment plan that included five months of chemotherapy followed by daily radiation for more than two months. Between treatments, there was also an emergency room visit that resulted in surgery for an infection.

“Through it all, everyone at Texas Oncology was professional, compassionate, kind, open to all of my questions, and they communicated openly with me and my family. That was important – they talked not just to me but also to my family to ensure everyone was on the same page. When someone has cancer, their family has it, too,” said Tamara.

Tamara’s challenges didn’t end with treatment. One day she came to Dr. Hudson’s office unusually pale, weak, and fatigued. She was immediately admitted to the hospital where testing found she had congestive heart failure and a blood clot in her heart.

Tamara recovered, and within a year of her initial breast cancer diagnosis, she had her fallopian tubes and ovaries removed as preventive measures against her increased risk of ovarian cancer due to the BRCA-2 mutation.

Inspiring Others through Advocacy and Perseverance

“Right from the beginning Tamara took her treatment in stride. With her family’s support, she was able to keep up her work as an administrator for a large medical practice and caring for her young son, being the best mom she could be to him. She made it look easy, even when I know it couldn’t have been,” said Dr. Hudson.

Those who know her aren’t surprised Tamara made it her priority to press on and power through.

“This entire experience has definitely changed my outlook on life,” said Tamara. Amid it all, she graduated college and was there for her son’s first day of kindergarten. Milestones like these motivate Tamara, and she hopes other women will find inspiration in her journey.

“I try my best to be an advocate for all women facing breast cancer, but especially for African American women like me. I want them to advocate for themselves and their health. Dr. Hudson helped me feel empowered to advocate for myself. I tell others to ask questions. Be prepared. Try to expect the unexpected. Lean on others for support. If you have concerns about your health, don’t wait. Don’t put off your health,” she said.

As for Dr. Hudson, Dr. Nuesch, and Tamara’s Texas Oncology care team, they couldn’t be happier to report that Tamara has recovered and is cancer-free.

“I can truly say it has been an honor to be Tamara’s oncologist,” said Dr. Hudson. “I have had the privilege of witnessing her strength and perseverance through life-threatening hurdles. She never gave up. She kept going, and I hope she inspires other breast cancer patients to know that they can do it, too.”

Men and women with a BRCA mutation have a 50 percent chance of passing the mutation to each of their children. Talk to your doctor about genetic testing for BRCA genes if you have a family history of breast, ovarian, prostate, or pancreatic cancer.

Anyone with breast cancer should also consult with a medical oncologist to determine their specific treatment needs. Treatment options are personal decisions and may include surgery, radiation therapy, chemotherapy, immunotherapy, and other types of treatments – or combinations of treatments. 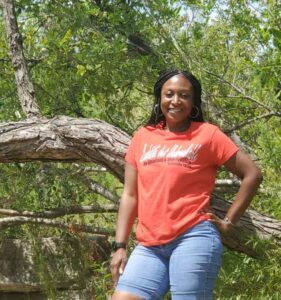