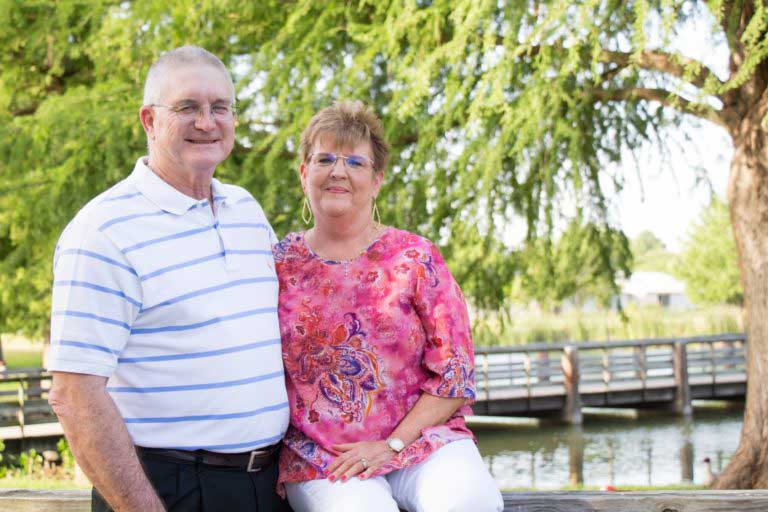 Some of life’s big moments stick out in our minds. For better or worse, the memories are so vivid that recalling these experiences is akin to reliving them. For Melinda Fiebig, Valentine’s Day is one of those days.

On Feb. 14, 2017, Melinda underwent a computerized axial tomography (CAT) scan that revealed she had stage III ovarian cancer. Her diagnosis was followed two weeks later by surgery to remove her uterus, cervix, both of her ovaries, appendix, part of her intestines, and the cancer cells from her abdominal lining. Melinda’s surgery lasted many hours and necessitated a longer-than-anticipated recovery in the hospital.

“It all happened very quickly, and I didn’t have time to think about everything,” said Melinda. “But from the beginning, I made a decision that I wasn’t going to let this cancer beat me. I told myself I would keep going like I’ve always done.”

Smiling and maintaining a positive outlook during uncertainty and difficulty is not easy. But Melinda made it seem so.

“Melinda’s personality is magnetic,” according to Helen Eshed, M.D., gynecologic oncologist at Texas Oncology–Austin Central. “Despite her challenges, she embraces life with all of her heart,” said Dr. Eshed, adding that it’s rare to catch a glimpse of Melinda without a huge, warm smile on her face.

For years, ovarian cancer has been dubbed the “silent killer” because symptoms often are not apparent early on. But for Melinda and her care team, hope is on the horizon.

“Gynecologic cancers such as ovarian, primary peritoneal, and cancer of the fallopian tube are challenging because they most often are diagnosed at advanced stages and require aggressive treatment with radical surgery and chemotherapy. This was the case with Melinda,” said Dr. Eshed.

“But we have also made so much progress treating gynecologic cancers over the past decade. We continue to enroll patients in clinical trials and

find more effective therapies for this type of cancer, leading to FDA approvals for novel treatments. We believe in not just treating the disease but also taking care of the whole person, emphasizing the importance of quality of life.”

Ultimately, Melinda said, her faith carried her through the hardest times, and Dr. Eshed’s commitment to her care was instrumental in her journey. She was inspired to help others by offering support and bringing awareness to gynecologic cancers.

Bonding a community through strength, love, and support

“I’ll be honest, I can be a little vain sometimes; and after 18 weeks of chemotherapy, I lost my hair,” Melinda laughed. “I learned a big lesson that hair is just hair. Your beauty is what’s on the inside. During chemotherapy, I met so many women going through the same thing.”

The patients and staff began to feel like family. Melinda said that’s when she knew she had to build a broader network of support. She completed her last round of chemotherapy in July 2017 and volunteered at the same Texas Oncology location where she received treatment for the nine months that followed.

“At Texas Oncology, we’ve cried together and laughed together. It’s so important to talk to others and lean on each other for support. A positive attitude may not make cancer go away, but it will help you and your loved ones cope with what you’re going through. There’s nothing to be afraid of or ashamed of. There’s nothing to hide. If we can share our experiences and support one another, we can get through this.”

Dr. Eshed agreed, noting Melinda’s presence as calming and supportive, and that she somehow manages even in her toughest times to be there for others.

“Melinda is a beautiful person. She loves her family and friends dearly, and she has built a community of lifelong friends at Texas Oncology. She truly lives her life to the fullest, and I think she both gives and gains strength from the community she creates,” said Dr. Eshed.

Melinda says her support system at Texas Oncology helped her find coping strategies during cancer treatment that she continues to practice today. “I’m a firm believer in PACT – Prayer, Attitude, Compassion, and Treatment. This is what got me through the diagnosis. I learned about PACT from another cancer patient, and now, I share this with other patients I meet.”

In that sense, Melinda lives out the meaning of Valentine’s Day every day, as she converts the power of her unforgettable diagnosis day into sharing love and compassion for others.

The National Cancer Institute reports that the rate at which women are diagnosed with ovarian cancer has been slowly decreasing on average 2.3 percent each year over the past decade; but women should remain aware of the symptoms as early detection is critical. Women should consult their physician if they persistently experience abdominal swelling or pain, abdominal bloating, trouble eating or feeling full too quickly, pain in the back or pelvis, and urinary symptoms such as urgency or frequency. For more information on ovarian and other gynecologic cancers, visit www.TexasOncology.com. 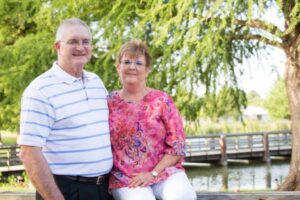