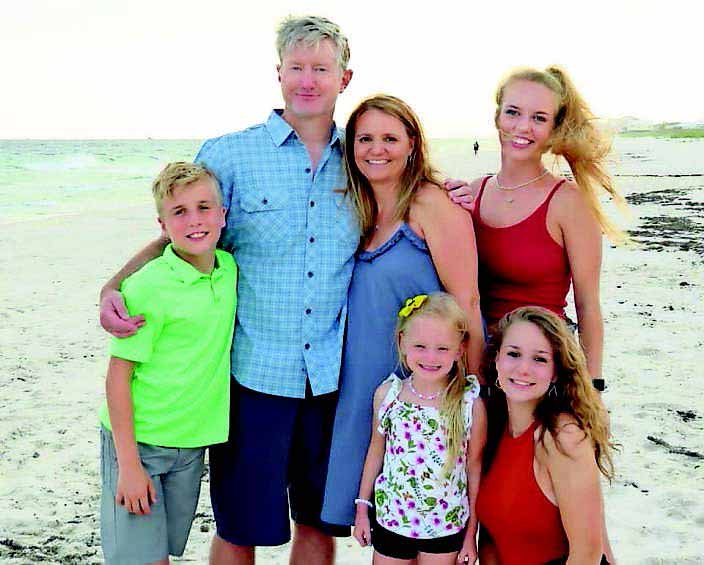 Perspective has the power to change people. It can bring new meaning to the seemingly mundane and cultivate a newfound sense of wonder about the world around us.

For Bob Baker, a cancer diagnosis was the beginning of a long journey that ultimately led to a shift in priorities and a message to others: perspective and perseverance can make all the difference.

Viewing the world through a different lens

Bob was in his mid-40s with an active lifestyle when he began noticing changes in his health. That was in 2014. Fast-forward to 2019, and Bob has made a full recovery from a lengthy list of life-changing health issues including a rare cancer diagnosis, surgery to remove cancer-related tumors, heart surgery, and a second cancer diagnosis. Looking back on the last five years, Bob says he feels fortunate and blessed today.

“Like many who have overcome life-threatening illness, I feel like I have a new lease on life – I place a much higher value on my time on this earth,” said Bob, who was diagnosed with a rare form of neuroendocrine cancer called carcinoid. It’s a type of tumor that often begins in the stomach area and impacts the gastrointestinal system.

“I have more balance between work and family. I have a different set of priorities. Time is our most valuable resource. Furthermore, almost nothing rattles me. I stopped sweating the small stuff. When I have a tough day at work and feel like the world is closing in around me, I just remind myself of what I’ve accomplished on the health front. Suddenly things that used to be such a big deal and huge source of stress aren’t so tough to deal with anymore. It puts things back into perspective.”

That new, positive outlook wasn’t easy to come by at first. Several years ago, Bob was unknowingly in the midst of the biggest challenge of his life.

Putting the pieces together

Prior to his first cancer diagnosis, Bob had been experiencing related symptoms for several years without realizing it. First, his skin began to flush and he was told by a dermatologist that he had rosacea. Then, gastrointestinal issues led to an irritable bowel syndrome (IBS) diagnosis. Next, a heart murmur led a cardiologist to discover a slight leakage in his heart valve that eventually resulted in heart surgery.

“In late stages, carcinoid causes a number of symptoms including IBS, skin flushing, and heart valve fibrosis: all issues I was seeing other doctors for, but no one put them all together,” said Bob.

Extreme pain in his abdomen led to an ultrasound to check for gallstones – and an unexpected result. Scans showed Bob had a large tumor on his liver and several smaller ones in the same area. An MRI, lab work, and a biopsy confirmed Bob had cancer.

Within a few weeks of his diagnosis, Bob was preparing for treatment and surgery with Lakshmi “Bala”

Bob said the Texas Oncology teams helped him and his family manage the cancer diagnoses while being mindful of his other health conditions. “As part of his presurgical treatment, Bob started medication to help reduce his carcinoid-related symptoms,” said Dr. Bala.

“In order to remove as much of the cancer as possible, portions of Bob’s intestines and half of his liver were removed during the surgery,” Dr. Fleming explained.

In addition to removing the tumors surgically, microwave ablation was also used on portions of his liver. This type of technology destroys liver cancer cells using heat.

According to Dr. Fleming, Bob’s surgery was also a complex procedure due to his heart condition. “What made Bob’s operation a challenge was the damage to his heart valves caused by his carcinoid syndrome.”

“It was a major procedure, but it was a success,” said Bob, who underwent a second surgery in March 2019 after a new carcinoid tumor was discovered on his liver. “Cancer is such a serious illness, and my care team works with cancer patients every day. It must be an extremely difficult job, but they manage to stay positive through all of it. Dr. Bala and Dr. Fleming have been outstanding. They’re amazing doctors, and I feel so fortunate to have found them here in Austin.”

Keeping communication at the forefront

Bob emphasized the importance of open communication lines with his care team and said it’s something he wants everyone to keep in mind. The more information patients can share, he said, the better they can ensure the best possible treatment. 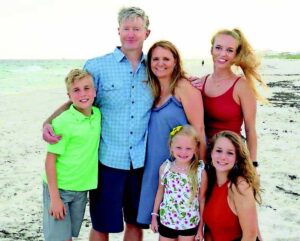