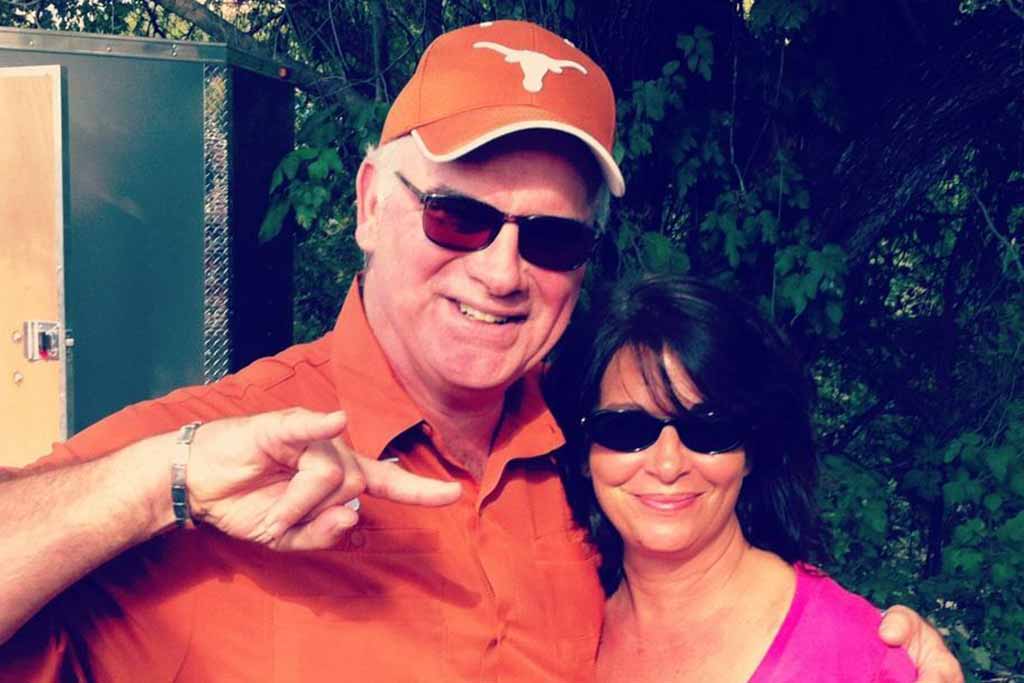 Most mornings when the weather’s nice, you’ll find Everett and Darla Sanderson on their back porch with a cup of coffee enjoying a lake view and each other’s company. They don’t take these mornings for granted. The opportunity to soak in the natural beauty that blankets East Texas almost wasn’t theirs a few short years ago.

In 2016, Everett was a busy attorney in Austin. He and his wife, Darla, were surrounded by family, good friends, and a church community they loved. Having been diagnosed with diverticulitis in early adulthood, Everett, then 58, made health and wellness a priority.

On occasion, Everett experienced the painful side effects of diverticulitis, a condition that causes infection or inflammation along the digestive tract and the wall of the colon or large intestine. He knew the drill – schedule an appointment with his physician who would order a computed tomography (CT) scan. Only this time was different. Everett’s results showed a shadow that wasn’t there before. On Sept. 16, 2016, Everett learned he had an advanced, aggressive form of bile duct cancer that was invading his liver. The shadow on his CT scan was a complex tumor, and it was growing.

The power of a positive outlook

Through a combination of luck and sheer persistence, Everett landed in the office of Beth Hellerstedt, M.D., medical oncologist at Texas Oncology–Round Rock.

“Dr. Hellerstedt was the best thing that’s ever happened to me. She was positive yet straightforward. She never made me any promises, yet she was so uplifting. Her never-give-up attitude made all the difference. It gave me hope. I started chemotherapy at Texas Oncology the very next day,” said Everett.

The goal of Everett’s treatment was to stop the tumor from growing. But after 12 sessions of chemotherapy over the course of six months, not only had the tumor stopped growing – it was shrinking. Elated by the news, Everett presented his results to a surgical oncologist at the cancer center where he’d received his initial diagnosis. Despite having responded well to the chemotherapy under Dr. Hellerstedt’s care, Everett’s surgical oncologist said the tumor was inoperable and he had two years to live.

Devastated, afraid, and yet unwilling to give up, Everett took the news back to Texas Oncology. The update on Everett’s prognosis didn’t sit well with Dr. Hellerstedt, who called Shaun McKenzie, M.D., FACS, at Texas Oncology Surgical Specialists.

“It was my opinion that his tumor could be removed, even though the surgery would be challenging due to the cancer’s aggressive spread and location,” said Dr. McKenzie, who sees patients at Texas Oncology Surgical Specialists– Austin North and South Austin.

On March 24, 2017, Everett had a six-hour surgery during which Dr. McKenzie removed half of his liver, his bile duct and the nearby lymph nodes, and then reconstructed his bile duct. Two days later, Everett heard words he never thought he would hear.

“March 26 is my ‘second birthday.’ It’s the day Dr. McKenzie told me I was cancer free. The surgery was successful. Three years later, I still don’t have cancer,” Everett said, fighting back tears. “Without Drs. Hellerstedt and McKenzie, I wouldn’t be here right now. Their care and attitudes really helped me. They made it clear that they would not give up on me, they advocated for me, and they were so positive. The first time I walked into Texas Oncology I thought I had a few years to live, and I left with a completely different mindset. We focused on good news, and it paid off.”

Dr. McKenzie, who now considers Everett a good friend more than a patient, said Everett’s case is unique because his type of rare cancer is not typically treated outside of an academic medical center setting. “Bile duct cancer is difficult to evaluate with imaging, which may be why previous surgeons refused to operate. Sometimes there is an overconfidence in technology,” said Dr. McKenzie. “Everett’s case illustrates that experienced physicians can still determine what is best for patients, even when technology may not show a clear path forward.”

Every three months, Everett makes the three-hour drive from his lake house in East Texas to Austin to see Dr. Hellerstedt. He said it can be emotionally and psychologically challenging to prepare for those appointments, but he has faith that he can make it through anything.

Dr. Hellerstedt agrees: “Mr. Sanderson has always been so optimistic. When he was in treatment, we would review his scans and talk about options, and he was ready for the next step as soon as possible.”

“I gush about the way I was treated at Texas Oncology. They’re just good people. Every person I encountered during my treatment was phenomenal. The nurses took good care of me during treatment, and Darla felt so confident in their care that she’d leave me to go antiquing!”

Through it all, Darla has been Everett’s rock. He said being surrounded by amazing, supportive people throughout his cancer journey has been a special blessing.

Everett also credits his faith for playing a major role in his recovery. “When I was going through treatment, I didn’t know if I was going to live through it all, but I was given such a peaceful attitude. I know God did that. He put Drs. Hellerstedt and McKenzie in my life.”

“I never once looked up my diagnosis on the internet. Instead, I focused on the good things in life, and I encourage anyone else to do the same. I was told I had two years to live; and I suppose I was stubborn, because I started planning out the next 10 years. There’s no need to dwell on the bad stuff,” he said.

Life is good for Everett. Ten years from now, he expects that he and Darla will still be sitting by the lake, drinking coffee, watching the bald eagles soar. 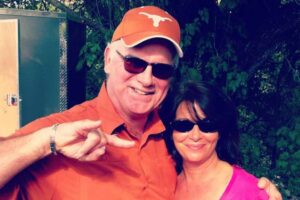