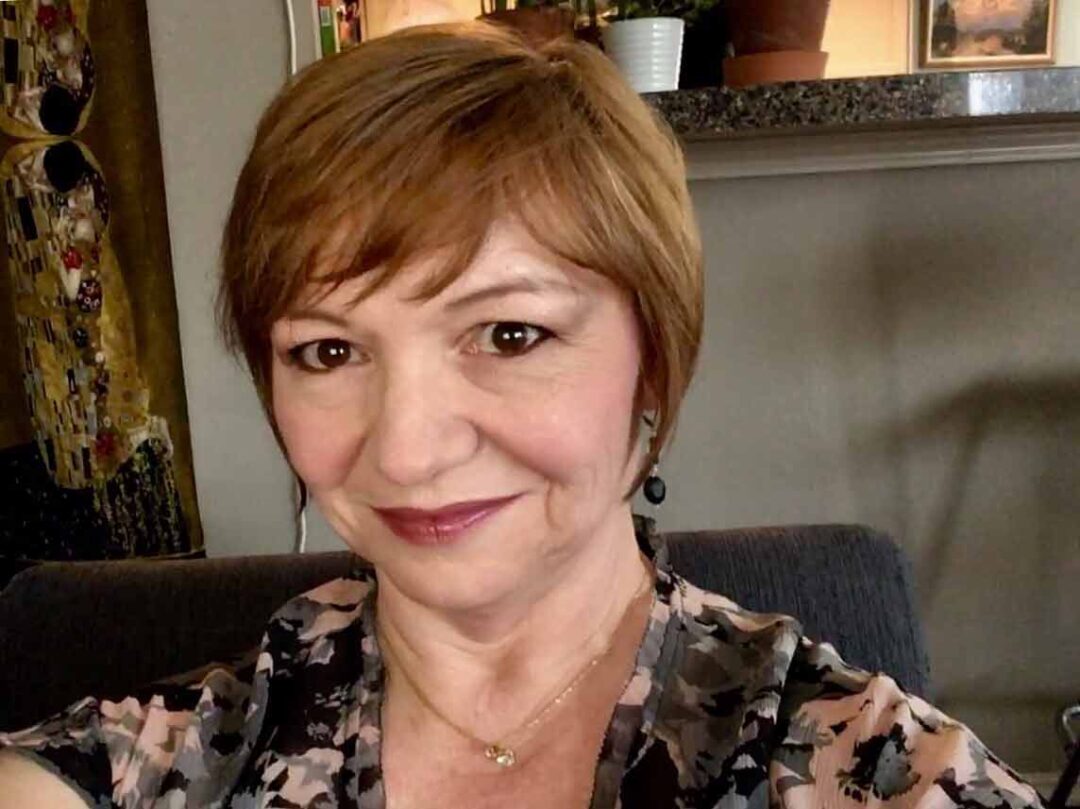 If COVID-19 has taught Maureen Tomlinson of Austin anything, it’s that fear is not a friend. Fear takes you to deep, dark corners of your mind. It dares to keep you up at night and aggressively interrupts your thoughts on a perfectly fine day. Fear conjures the worst-case scenario. Maureen will tell you the only thing to do with fear is conquer it.

For months Maureen lived with what she described as ‘extreme fear’ – and for good reason. As COVID-19 started to make its way across the nation, in January, Maureen began chemotherapy for stage II colorectal cancer. What’s more, Maureen continued going to work at St. David’s North Austin Medical Center, where she is a radiology technologist.

“Early on, I was terrified to go to work. We didn’t know a lot about COVID-19 at that time – there is still a lot we don’t know – and I wondered what effect it would have on me as a cancer patient,” Maureen said. “As someone who works in the healthcare industry, I thought I would know what to expect; but COVID-19 has changed everything.”

Stepping into the unknown

During a scary time in both the world and her own life, Maureen said the key to keeping fear at bay was her trust in her care team at Texas Oncology–Austin North, a challenging feat in the earliest stages of a global pandemic for someone on the front lines and with increased risk. Maureen’s medical oncologist, Shubhada Shrikhande, M.D., and radiation oncologist, Carl Nuesch, M.D., FACRO, FACR, were up for the challenge.

“Maureen was diagnosed with cancer when the world first started becoming aware of the novel coronavirus. From the very beginning it was obvious that she was a fighter and took her diagnosis in stride,” said Dr. Shrikhande, who has been in practice in Austin since 2003.

Maureen was referred to Texas Oncology in December 2019 following a routine colonoscopy. She assumed the results would be normal and she could go about living her life as usual. But after several rounds of tests, Maureen was devastated to learn she had stage II colorectal cancer.

“I was completely puzzled when I learned I had cancer. I thought there was a ‘typical’ candidate for colorectal cancer, and I didn’t fit the description. At 58, I felt like I was young, active, and healthy. I’ve always focused on my health and diet, and I love to hike and camp. I felt very strong physically,” Maureen said.

“Maureen’s initial treatment included five weeks of chemotherapy and radiation in a neo-adjuvant setting, meaning the treatment would be given prior to definitive surgery to remove a tumor. This type of treatment is very effective in shrinking the size of tumors, making it easier to remove during surgery,” said Dr. Nuesch.

“The outlook for early stage colorectal cancer is very successful. Maureen had a positive outlook about her disease and expected outcomes, and she was able to tolerate radiation therapy extraordinarily well with very few side effects,” Dr. Nuesch added, noting Maureen’s strength. “She has a delightful personality and made the treatments look easy, but they are not.”

She then learned she would need an additional six months of chemotherapy and a second follow-up surgery, extending her treatment plan into early 2021.

Learning to fight without fear

According to the American Cancer Society (ACS), COVID-19 can impact cancer patients more seriously than those who don’t have cancer for reasons including the cancer itself, a weakened immune system, and side effects of certain cancer therapy types, such as targeted drugs and steroids.

Maureen said she understands there is added risk involved in reporting to work in the healthcare field while actively receiving treatment for colorectal cancer, but it’s a risk she’s willing to take and has been adamant about since day one.

“As COVID-19 arrived in Austin, Maureen continued to work in the hospital, despite being in a higher risk population. She was very clear that she wanted to continue working throughout treatment; and, fueled by this resolve, she has,” said Dr. Shrikhande.

Since COVID-19 began, healthcare workers have been hailed as heroes as they put their lives on the line to treat patients amid the pandemic. Maureen is hesitant to put herself in that category.

“I don’t feel like a hero and neither do my colleagues. We are doing what we need to do. There are also many other people working in hospitals to take care of patients, and they are rarely recognized. The people who clean the rooms, the respiratory therapists who are right there next to the patients on ventilators. They are in the thick of this,” Maureen said, emphasizing the support she has received from her employer and colleagues as she fights cancer amid COVID-19.

Finding a special kind of freedom

Maureen is currently receiving a second round of chemotherapy and expects to have a follow-up surgery. In the beginning, Maureen’s fear was extreme. She said she found freedom in knowing she is taking every precaution she can into her own hands, and she fully trusts that her team at Texas Oncology is fighting alongside her. That, she said, is empowering.

Maureen follows guidelines recommended by the Centers for Disease Control and Prevention. When she’s at work, she takes it one step further and wears two masks for extra protection. She is a stickler about staying home when she’s not at work or medical appointments. And while she misses her two daughters and her many friends, she knows these sacrifices are temporary and will ultimately keep her and those around her safer and healthier.

Maureen may not think she’s a hero, but Dr. Shrikhande says otherwise: “Maureen displays remarkable resilience – she’s an inspiration to us all.” People with cancer, including patients currently receiving treatment, are vulnerable to illness and have a higher risk of infection and complications from COVID-19. For important information about fighting cancer amid COVID-19, visit TexasOncology.com/covid19 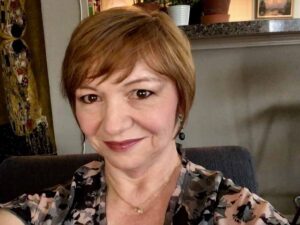