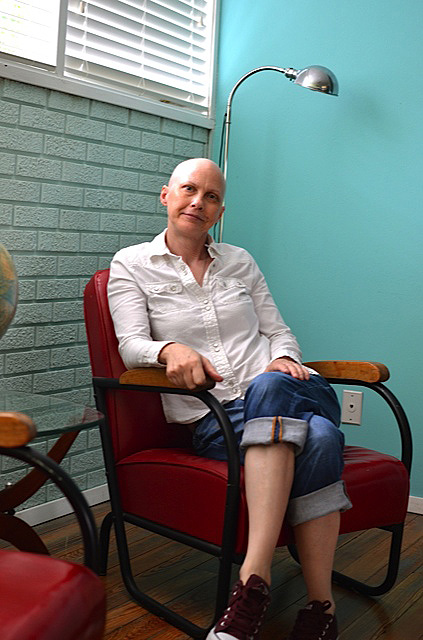 The best support team has your back even when you don’t know you need it.

After a routine mammogram on Oct. 2, 2014, Lisa Voorhies was told she would need an ultrasound. After the ultrasound, she was told she needed a biopsy. Two days later, the news came in: She had breast cancer.

Thus began a cancer journey that has ended well, but took several twists and turns over the past year.

Voorhies’ first surgeon told her she should have a mastectomy. “While I was comfortable with this approach if necessary, I wanted to make sure the decision was based on the most current medical information available,” Voorhies said. “So I wanted to first have a BRCA test.” Because her mother had battled and survived Stage III breast cancer at a young age in the 1980s, Voorhies was a good candidate to be tested for the presence of the breast cancer genes. This would help her know if a mastectomy was the right path.

The test results came back within three weeks, and – good news! – the results were negative.  The not so good news was that a suspicious axillary lymph node was noted on her ultrasound.

In addition to the BRCA test, Voorhies also sought a second surgical opinion, which resulted in a recommendation for a lumpectomy rather than a mastectomy, along with a surgical biopsy of the lymph nodes.

“I asked if the enlarged node could be biopsied directly so that we would know before the surgery.  This way, if the biopsy showed that it was malignant, then the surgery could be completed at the same time as the tumor removal rather than having two surgeries.”  Unfortunately, she was told it could not be biopsied prior to surgery because the node was too small to biopsy.

With new concerns, Voorhies’ continued her search for answers and sought another opinion while waiting for the next surgery to be scheduled. A new round of tests and a new biopsy revealed new complications. The lymph node that was enlarged was biopsied in the office setting and despite negative sentinel node results from her open surgery, this node was positive for cancer. In addition to the malignant lymph node, her medical team found that the cancer was actually positive for the HER2 receptor, which can indicate a more aggressive from of breast cancer.

Armed with new information, Voorhies changed her health care team. “I first met with Dr. Ashley Jeter of Texas Oncology, and she was determined to get me on the right path quickly,” she said. She scheduled a port placement and started chemotherapy within two days. After four months of chemo, Voorhies would then have to have another surgery to remove the affected lymph nodes and clear her margins from the first surgery.  Next, there would be 33 radiation sessions and maintenance chemo for a year.

Dr. Jeter recommended a new surgeon that she thought would be a good fit for her, Dr. Heather King, of Texas Breast Specialists.  King had just

relocated her practice to Austin in January.  “After meeting with Dr. King, it immediately felt right,” she said.  In May, Voorhies completed her second surgery to remove the affected lymph nodes and clear her margins from the first surgery.  She then completed her 33 sessions of radiation with Dr. Timothy Dzuik of Texas Oncology.   “I finally ended up with the right team, with everyone I am supposed to be with, but it was quite a long process to get there.” Voorhies has nothing but praise for her Texas Oncology team. “I would never call chemo and radiation fun, but the nurses at Texas Oncology do try to make the experience as good as it can possibly be.”

“The support of family and friends got me through this really difficult time in my life and I feel especially lucky that my sister has been here with me. And my mother, she was a great support and inspiration. I didn’t realize that over the years following her own cancer treatment she would talk to others who were recently diagnosed with cancer and help them,” she said. “I wrote her a long thank-you note during chemo. My mom always had everyone in Louisiana praying for me, including a group of nuns at one point!”

Her experience has also made clear for her the need to always question things that don’t seem quite right. “Get a second opinion and if that isn’t right, get a third or even a fourth. It’s perfectly acceptable. Until I met Dr. (Heather) King, I didn’t feel like anyone was the right fit.  She was so compassionate, but most importantly, it always felt like she was extremely focused on every detail of my treatment and I always felt like my care and recovery were personally important to her.”

As she continues her treatment, Voorhies credits a positive attitude, good nutrition, and the belief that she deserves the best care from her healthcare team. “I choose to see the good in what happened. I feel like even though I would never choose to have cancer, I will find something positive about what I’ve been through,” she said. “I was never a person who would ask for help in the past. I’ve been self-employed for more than 20 years and I am very disciplined about getting things done myself. With the help of my sister, that‘s how I approached this disease.  Also, my sister and my friends would come over and insist on helping me even when I told them not to.  Now I realize that I needed them.” 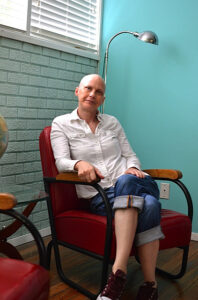